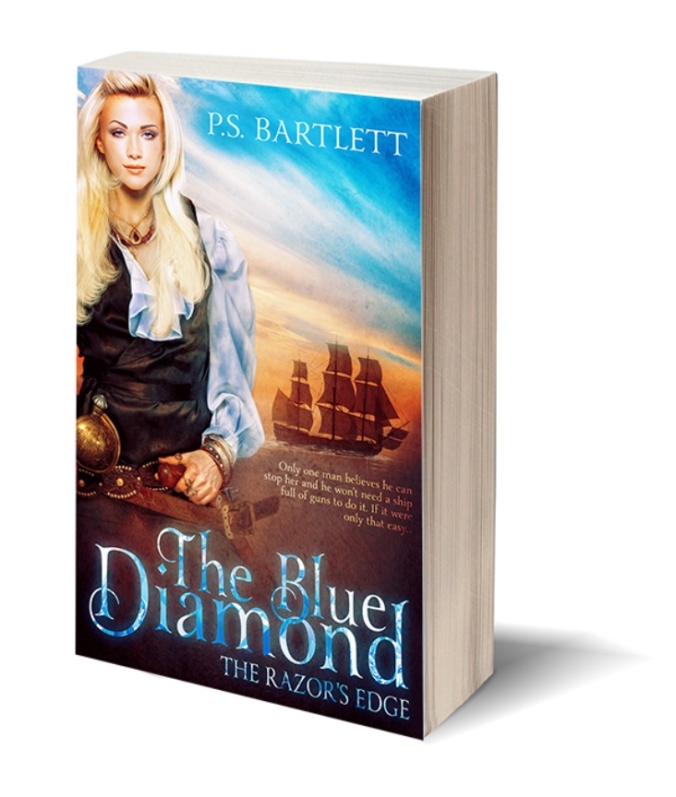 The Blue Diamond – The Razor’s Edge

Ivory Shepard didn’t want to be a pirate when she grew up but she didn’t plan on being orphaned and alone at thirteen with her three cousins either.

After a Spanish raid in Charles Towne left them with nothing, Ivory held her cousins together, trained them to fight for their lives and led them to a life of quiet refuge on the banks of the Ashley River. Out of reach of the hands of unscrupulous men, they found life on the farm a tolerable substitute for the traditional alternatives life would force onto them—until the night the pirates showed up.

Setting foot on that first pirate ship was nothing compared to the life of freedom and adventure awaiting them, once Ivory and the girls were through playing nice. Only one man believes he can stop her and he won’t need a ship full of guns to do it.

If it were only that easy…