I often blog about finding readers. Tonight, although in a bit of a pizza coma–overdid it just a pinch–I started reading back over a synopsis I was working on and decided it’s a little difficult to generate interest in a novel without at least letting readers in on what they’re getting for their time and money.

For a little while, I sat here with my heavily lidded eyes and a cup of coffee, and figuratively stepped outside of the author and back into the reader and recalled conversations with friends and relatives when we would ask each other that all too important question about a book they’ve read;

I rambled on as they can all testify to, starting at the beginning and many, many minutes later, it dawned on me giving a synopsis of a 376 page manuscript is HARD. Okay, if you are a writer, it isn’t as if you didn’t already know that but even when you try to tell someone about a television show or a movie you watched, how do you explain something you enjoyed and are excited about without blabbing on and on until you’ve practically ruined it for them?

I’ve read many other authors’ advice on how to write a synopsis without giving it all away but honestly, when you compare the telling with the doing, it’s like telling someone how to drive a car and handing them the keys.

So, here I am about to give you my best shot at a synopsis for “The Blue Diamond,” because I want you to get excited and one: of course buy the book when it is released on October 1st and two: be interested enough to perhaps even support my Pubslush campaign so that I can afford to market it to the masses.

There is also a three, which is the cherry on top; I want you to recommend it to your historical fiction, romance and adventure loving reader friends! After all, from everything I’ve read and from experience, word of mouth is absolutely the overall best way to find your readers.

So, without any further pizza coma babble from me, I give you my heart, my pirate alter-ego, my female powered tale of fortune and romantic woe…a best effort synopsis of “The Blue Diamond – The Razor’s Edge.”

Ivory Shepard didn’t want to be a pirate when she grew up but she didn’t plan on being orphaned and alone at thirteen with her three cousins either.

After a Spanish raid in Charles Towne left them with nothing, Ivory held her cousins together, trained them to fight for their lives and led them to a life of quiet refuge on the banks of the Ashley River. Out of reach of the hands of unscrupulous men, they found life on the farm a tolerable substitute for the traditional alternatives life would force onto them—until the night the pirates showed up.

Setting foot on that first pirate ship was nothing compared to the life of freedom and adventure awaiting them, once Ivory and the girls were through playing nice. Only one man believes he can stop her and he won’t need a ship full of guns to do it.

If it were only that easy…

The quick and simple aka the “Let me tell you real quick ’cause I’m in a hurry!”:

When four young women take a leap into the Golden Age of piracy, they not only survive, they thrive and blaze a trail of freedom and adventure. The greatest quest of all begins when they capture a merchant ship smuggling diamonds, of which Ivory happily relieves them, as well as the ship itself.

However, she isn’t the only one who knows the diamonds exist—most of all, the large and valuable blue one. In the end, her true mission becomes trying to prove she can have it all on her own terms; true love, the blue diamond and her freedom.

Now for the big ramble aka the “Damn, you have to read this!” aka a phone call between myself and my sister-in-law Kim and how that would play out if I were simply telling her about the book as a reader:

P – Hey girl, let me tell you about this book I finished writing over the weekend.

P – Well it takes place around 1700 and there are these four cousins. Wait, think Charlie’s Angels meets Pirates of the Caribbean but anyway…they came to America when they were little with their great aunt and uncle and settled in Charles Towne, South Carolina but when they were like, thirteen, the Spanish raided the town and murdered their aunt and uncle, leaving them orphans.

P – Well, they had to work as maids and what not but the eldest one—her name is Ivory Shepard, well, she more or less protects them and teaches them how to take care of themselves and how to fight and what not. Apparently, she’s been doing more than cooking and cleaning to earn a living but anyway, they manage to save up enough money to buy a little farm on the bank of the Ashley River—that’s the river that..

K – Whatever, just tell me what happens.

P – Okay, well, one night, these pirates are raiding the farms along the riverbank and they come to hit the girls’ little farm but the girls see them coming and take care of business! So, they put their heads together because they know the pirates won’t take what happened lying down so they get ready for another attack but what happens is, they end up going with the pirates to Jamaica to start their lives over as free women. Of course that’s after Ivory kicks the captain’s butt and…

P – They’re like in their late teens when this happens. This is just the background stuff Kim but the story starts out when they’re already established as pirates themselves and Ivory has this ship called the Blue Diamond and this other pirate—super hottie too, imagine Henry Cavill here okay? 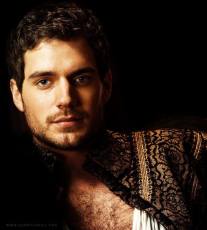 P – Anyway, so he blows her ship to bits and she escapes in like a dinghy but ends up floating around for days before he sends his men to capture her and he holds her prisoner in his house in Kingston which is like across the bay from port Royal but anyway, she has a bounty on her head of fifty thousand pounds and he makes a deal with the guard that if he turns her over, he’ll not only collect the reward but he’ll get a pardon for all of his own pirating.

K – So what does she do? Does she get away? What’s the reward for?

P – Well I can’t tell you everything but over a few days while she’s held captive, something sparks between them and holy crap girl, they hook up one night and it’s like fireworks on the fourth of July!

P – Oh yeah but well, you know they are both pirates so there’s no such thing as happily ever after and neither one trusts the other so regardless of the cherry bombs and sparkles, he’s not letting her go.

P – No, seriously. He’s hell bent on that money, even though you know something’s going on there beneath the surface and the tide could turn at any moment. 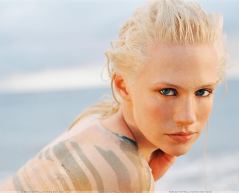 K – Oh haha, I see what you did there. So does she get away or what?

P – Seriously? You want me to tell you the whole damn book? What’s the point in that?

K – Okay well at least tell me a little about the other characters.

P – Okay well Maddox has this quartermaster named Alphonse Green. Another super hottie, he’s Jamaican and well, let’s just say there’s some history there with Ivory’s cousin Cassandra. Cassandra or Cass as they call her is the voice of reason in the bunch. Then there’s Keara who’s like a little drill sergeant and keeps everyone in line. Then there’s Miranda, she’s the lover of the bunch but she gets herself in a bit over her head with her love of the men lol

P – Wait, I haven’t even told you about the diamonds yet! That ship Maddox blew up to get to her belonged to an English merchant company and apparently, they were smuggling some diamonds and Ivory took them when she took the ship. In the bag was this one big blue diamond worth a whole lot of money girl.

K – Ahhh…so that’s where the blue diamond comes in.

P – Yes. Well, let’s just say that she’s not the only one who knows about the diamonds and the plot thickens as they say.

K – So do the cousins rescue her or not?

K – Never mind, just tell me when I can get a copy of the book!

P – Well, it comes out on October 1st but since I love you, I may let you read it now.

K – Hand it over or walk the plank, Peg!

P – Now you know pirates didn’t really do that, right? 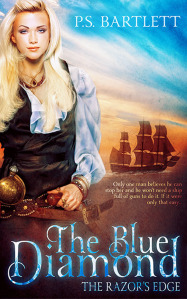