I was just over on Caleb Johnson’s Facebook page (the young man who sings really great rock on American Idol) and I was FLOORED by the number of people who were berating him over his comment about pranking his co-contestant Alex Preston, when he made the joke about his peanut allergy. Although I do foresee a mention of it tonight and perhaps even an apology from him, I think it’s horrible that people think it’s alright to basically pummel him into doing it.There are some posts sprinkled throughout which simply state more or less that they felt the comment was inappropriate which is their right to do. However, to threaten to take him down and vote him off the show is completely wrong in my opinion.

To me, this type of behavior is twenty-first century stoning and it’s still wrong. 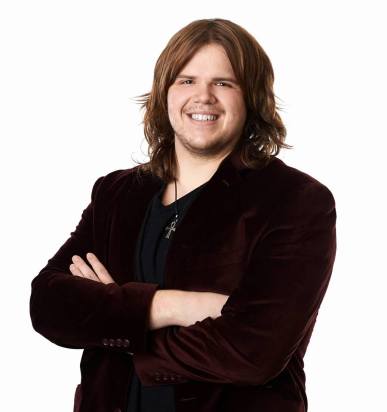 Now look, I cannot speak first hand on nut allergies but unless you live under a rock, you know how dangerous and deadly a peanut allergy can be. Was this remark/joke insensitive to anyone who has such an allergy? By all means yes. Do I think he had some malicious intent or said it to encourage any behavior which could harm his fellow contestant or possibly kill him? Hell NO! Is slipping up and saying something like this worthy of threats, mean-spirited and borderline harassing posts from angry peanut allergy sufferers or their families? I do not think so. This young man is under a full on attack by these people and I think it’s horrible.

Let me make one thing clear: Food allergies are no joke and anyone who has a food allergy or has a loved one who does–my heart goes out to you. However, attacking someone who obviously doesn’t understand it or who simply didn’t take this as seriously as YOU would have liked, is worse in my opinion.

The internet is becoming increasingly unforgiving but let’s get real here–it isn’t the internet; it’s the people using it. Every day I see threads or posts where people are attacking each other over things that make no sense. Just the other day I responded to a story on a news page where they were reporting on a plane that had to make an emergency landing due to a piece of the wing falling off. My knee jerk reaction and semi-sarcastic reply to this story was “Does anyone know how long it takes to drive to New Orleans?” I received about 8 responses from people who either chimed in with witty, semi-sarcastic answers or guesses and estimations of how long it would take to get there by car. I was actually hopeful that my silly post was not going to go down in flames.

Hate, harassment, bullying or whatever term you choose to use has gotten ridiculous online. As of today, I have sworn off giving my two cents to anything I read on the internet which invites the general public to comment, unless I am saying something positive and acknowledging someone’s good news or accomplishment, OR I’m posting to a friend or colleague I am connected to. (Almost forgot “D’awwwwing at kittens and babies)

News sites or so-called news sites etc. can eat my dust. Life is too short to argue with mean people on the internet, who have nothing good to say and certainly do not have positive intentions when they log on. Life is a challenging enough journey without adding hateful stranger hurdles to the course.

Something has to change my friends. The only way to avoid hate and meanness is to turn away from it. However, for one minute try to imagine you are the one who is being attacked. How hard do you imagine it would be turn away from that and not feel BULLIED? I suppose we should all feel very grateful that every time we say something that could be deemed insensitive or offensive in some way, it isn’t in front of millions of people.

I suppose with so much anger and heat pointing in every direction, it’s just too difficult to turn away sometimes but we have to try. I’ll admit in the past I have taken on several of these hurdles only to end up angry at myself for allowing the hate mongers to get even a minute of my attention and make me jump.

If it’s too much to ask for people to TRY to be positive that’s fine but maybe we should all at least TRY to revisit dear old Mom’s saying from when we were innocent children – if you don’t have anything nice to say, it’s best to say nothing at all.

I Write. I Read. I Review
Notes From The Scribe