Reece is a fellow Ravenswood Publishing author. We’ve struck up a friendship over our mutual love of writing. Despite our age difference, we have wonderful chats about our passion, proving writing and the dedication to the craft has no bounds. 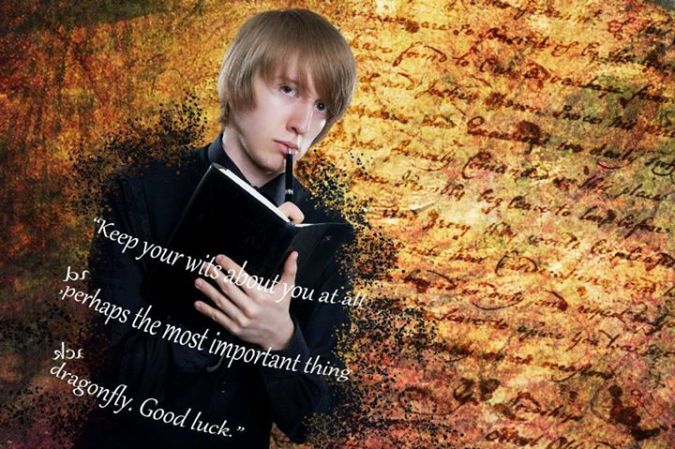 What are you working on?

The story I’m working on right now is the Buan Trilogy, the first segment of a saga made up of fourteen books or more in total. The first of the trilogy, soon to be re-released with Ravenswood Publishing, is ‘The Perfect Mortals’. The story, which was originally self-published in early 2013, revolves around a family of four siblings living sequestered in the middle of a war-torn, monster-riddled continent. The bloody memories of their past haunt them in the present, and promises to form greater challenges for the future. But, their future takes a drastic turn when they are chosen without any foreseeable reason by their Goddess to be endowed with fantastic and powerful gifts to combat the return of an age-old enemy to the nation. The trilogy focuses on them as they fight against monsters, foreign enemies and their own shortcomings to reach the true cause of their suffering and defeat it once and for all.

How does your work differ from others of its genre?

I believe my first book differs from others of its genre because, despite being filled with arguable clichés and reused common ideas, the main characters have their personal issues to deal with associated with growing up and facing a harsh world that they aren’t prepared for. It explores the effects of unwanted power and responsibility, with no one around to help them. In some ways, it’s a coming-of-age story, but those elements are by no means the main focus; the story takes much more precedence than the characters’ adolescent struggles.

How does your writing process work?

My writing process is somewhat lax in comparison to more renowned and well-experienced authors. Being a full-time student has limited the time I can spare to write. But, that being said, I have managed to get at least 1,000 words in most days when I don’t have other things to worry about. During the summer holidays I always try to write 5,000 words on any day where I don’t have plans, whether those words are spent writing my next book, editing the current ones, or writing the script for my upcoming web series ‘Zoolaplex’. I try to progress by around 5,000 words total through at least one medium per day. As long as I have enough to drink, some good music in the background, and a clear plan of what I want to happen in my head, then it all just seems to write itself most of the time.

Why do you write what you do?

I suppose the reason I write what I write is because I love the story and I want to share it with the world. The story acts as a premise for the rest of the saga and, even with all the plot twists that I’m putting into Buan, I can say without a shadow of a doubt that the rest takes it up a notch. Furthermore, I want to prove that my Aspergers doesn’t hold me back from achieving my dreams; I’ve been told too many times in the past that my condition will limit my opportunities and keep me from having the same standard of life as ‘normal’ people in the future. I want to prove to everyone who shares my condition or has a similar one that what those people say isn’t true. You can still achieve your dreams no matter what stands in your way.

Musings and books from a grunty overthinker

Some coffee, a keyboard and my soul! My first true friends!