I asked Shannon to answer four questions for us and here’s what she had to say:

What are you currently working on?

I’m currently working on the content edit for Death Before Daylight, book 3 of The Timely Death Trilogy. AEC Stellar Publishing, Inc. is expecting to release the final installment of the award-winning paranormal romance in January of 2015, but I’m also hoping to re-release my very first publication, November Snow, in November of 2015.

How does your work differ from others of its genre?

The Timely Death Trilogy is told from two perspectives – Eric and Jessica – so the trilogy gives a voice to the usually mysterious boy. I (generally) avoid love triangles, but trust me when I say you can still have a tense romance without one. And I create different creatures than the norm. My books won’t have vampires or werewolves. Although I do love a good traditional story like that, I strive to bring new creatures out of the literature depths. The Timely Death Trilogy revolves around shades and lights, creatures that will soon be explained, Take Me Tomorrow exposes a clairvoyant drug, and November Snow shows a world filled with bad bloods.

Why do you write what you do?

I’ve always been passionate about writing, but I started writing stories to cope with my night terrors and nightmares. I know that might sound ridiculous, but mine were very extreme in the sense that they almost looked like visions. Even after I woke up, I could see them. As a child, this made it really difficult to differentiate between reality and my dreams, so my mother taught me to deal with it by writing. When she suddenly died, I knew I wanted to write for the rest of my life, and I knew I wanted to help other writers follow the dream. So I do that now.

How does your writing process work?

I talk about this all of the time – how complicated and different a writing process can be, especially from book to book or author to author. Strangely enough, I generally define my writing process as writing a screenplay first, and then, moving into prose overtime, but I got into more detail on my website here: http://shannonathompson.com/2014/06/26/the-beginning-of-my-writing-process/ 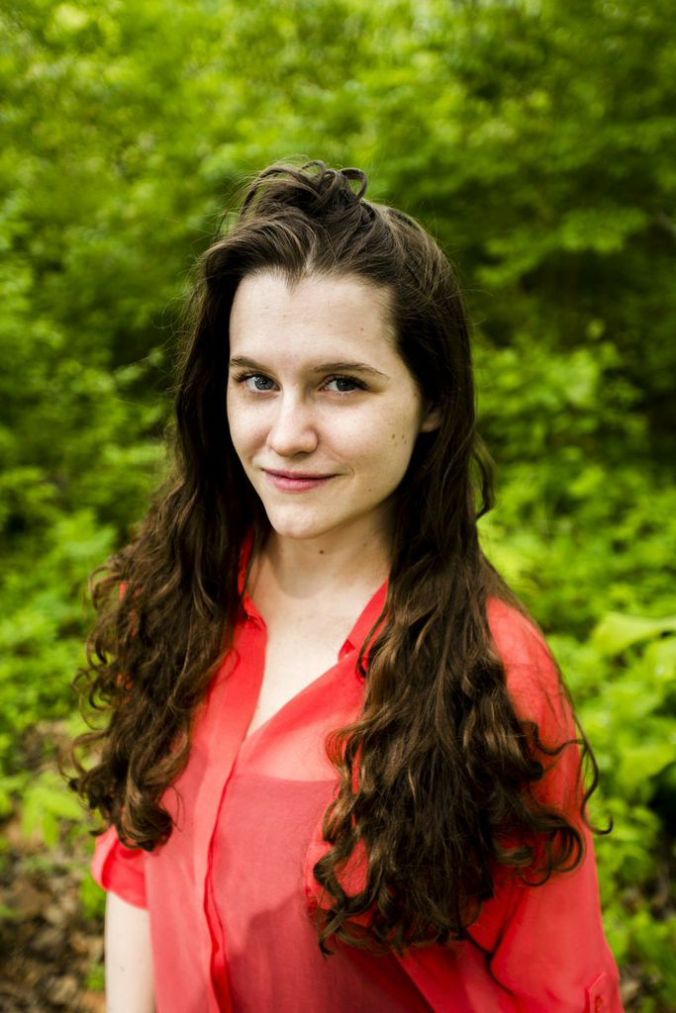 Shannon A. Thompson is a 23-year-old author, avid reader, and a habitual chatterbox. She was merely 16 when she was first published, and a lot has happened since then. Thompson’s work has appeared in numerous poetry collections and anthologies, including a Norwegian magazine, and her first installment of The Timely Death Trilogy, Minutes Before Sunset, became Goodreads Book of the Month. The sequel, Seconds Before Sunrise, has released, and AEC Stellar Publishing released her latest novel, Take Me Tomorrow, on July 17, 2014.

She graduated from the University of Kansas with a bachelor’s degree in English with an emphasis on creative writing.

Shannon spends her free time writing, but she loves spending time with her father and brother. She also has one black cat named after her favorite actor, Humphrey Bogart.

Shannon has also graciously offered a  free eBook of either Minutes Before Sunset or Take Me Tomorrow for the first three people who reblog this post or share it on their blog. If you share, please post the link in the comments so Shannon can contact you.

Thank you for being with us on my blog tonight Shannon! I wish you all the best!

10 thoughts on “Please Welcome Author Shannon A. Thompson to My Blog Tonight”