Ever since I wrote The Blue Diamond – The Razor’s Edge, I’ve been sailing all across the internet in search of the treasure that is all things pirate.

From web sites to Facebook pages dedicated to the history and lore of pirates, I’ve pillaged and plundered information and along the way, I’ve found the most interesting and generous lot of mates you could ever hope to discover.

I recently became friends with one of the most knowledgeable and seasoned authorities on pirates and buccaneers I’ve ever met and now, after a few weeks of chatting and the past week of intense discussions on all things pirate as well as reading each others books, I think we’ve found a kindred spirit in each other. That person is Author Cristi Taijeron of the Endless Horizon Pirate Stories.

Imagine two modern, twenty-first century women, both writers, both fascinated with history but who also enjoy nothing more than spilling blood and guts all over the decks of pirate ships, and who revel in discussing ship parts, notorious pirates and seventeenth century weaponry. Yep, that’s us.

Our conversations range from the struggles of publishing and marketing to writing romance and intimacy from a man’s point of view. As we read each others books, we discuss each chapter as if it actually happened and share both our love and disgust with our own characters. Being able to read her first book this week and start on her second, all while discussing my own book as she reads it, has been a treat that I can hardly put into words. Cristi is a treasure and getting to know her like this has enriched my writing and I feel in a very short time, my knowledge and inspiration has doubled.

Although our writing styles are different, our passion is the same. Sadly, I see so many authors within the same genre who compete with each other. Neither Cristi nor I feel this at all and if anything, we are constantly encouraging each other and bouncing ideas off of each other so that we can both improve as well as expand our audiences and perhaps even join forces to bring the best and most historically accurate pirate stories to the public within our genre.

In this two part series, I want to bring you Cristi and her books, as well as a fun and interesting interview with one of her characters, who I personally adore. First though, let’s get to know the beautiful Cristi a little better: 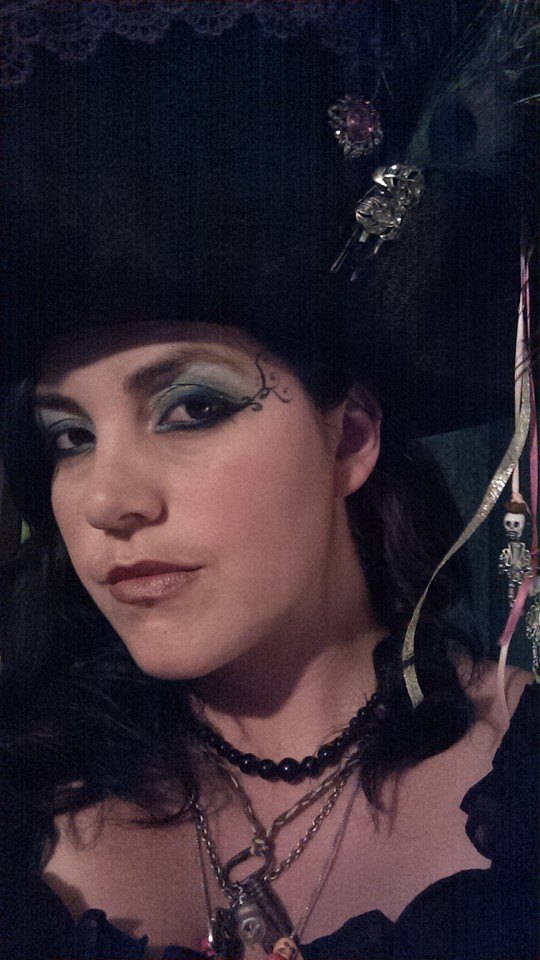 My name is Cristi Taijeron (Better known by the pirates as Ivey Taijeron) Other than writing pirate stories, I’m a stay home mother who also does the bookkeeping at the auto shop my husband and I own. I enjoy off-road adventures through the desert as much as I love building sandcastles at the beach, and at home I have a flower garden I tend to. Though I have been passionate about drawing, painting, and writing for most of my life, it has always been my greatest dream to publish a novel.

In her own words:

1. What inspired you to write your current book?

Uncharted Secrets was inspired by a mysterious character mentioned in my Justified Treason series. In those books, Sterling Bentley tells us that he never knew his mother, Hannah, and though his father, Mason Bentley, spoke very little of her, Sterling was well aware that Mason loved Hannah for all of his days. When I began writing Justified Treason, Hannah was as mysterious to me as she was to Sterling, but as the tale unfolded I found myself wanting to know more about her. So I decided to ‘investigate’ her tale. The surprises I found hiding in the pages gave me no choice but to write this book, which turned into a series of its own.

2. Do you do a lot of research for your novels and if so, what kinds of sources do you use?

I do a ton of research! I read as many books as I can about the history of this era, but I also like interviewing the experts. For weaponry I have a blacksmith I talk to. I know a few pirate historians who I can ask about specifics of pirate life. I’ve talked to sailors about their adventures on the tides, and I have gone out to sea and boarded a few tall ships to get the feel for my settings. For injuries I have a trauma nurse I can ask questions to, and I have a warrior who helps me to emphasize the realistic frame of mind for my characters during battle scenes. Oh, also, one of my best friends has a degree in psychology so she helps me to keep my characters emotions realistic throughout their adventures.

3. How important do you think book covers are?

Being an artist myself, I must admit that I do judge books by their covers, so I put a lot of time in to my cover designs. I like for them to not only fit the title, but to also display the feel of the story, and hopefully allure the readers to want to know more of what lie within the pages.

4. What publishing road did you take and why?

I am self-published but these books are far from a self-made product. I have an amazing editor, a fabulous cover artist, and a reliable team of beta readers, not to mention the many people who help supply the information I listed in the above question. When I started writing it never even crossed my mind to reach out to a publisher. I might consider “Going on account” with a one if the right deal came along, but being the pirate I am, I am weary about the concept of allowing someone else to take reign over my art and will most likely continue to do things my way—the hard way.

5. What is the highest goal that you desire to meet as an author?

To be able to take someone’s imagination on a journey they will forever remember like a memory of their own is honestly the greatest reward in this line of work, but it’d also be nice to sell enough books to get me down to the Caribbean again, preferably for a big pirate party.

6. Do you have an idea for your next book?

I have so many story ideas swirling around in my head it’s a wonder I get anything else done in my daily life! There will be five books in the Uncharted Secrets series, five in Justified Treason, and last month I accidentally started a series based on Mason Bentley’s life story. It will be the King of my Nightmare series and will mostly likely end up as five books as well. Not to mention the fact that I also want to write westerns one day. Endless Horizon Western Stories has a nice ring to it, wouldn’t you say?

7. Name three of your favorite books of all time:

James Michener’s Hawaii is one I often think back on, but Treasure Island is the one book I have read multiple times. Also, I recently read Flint & Silver by John Drake (A prequel to Treasure Island). I was utterly astounded by his writing style and the masterful way he lived up to the beloved classic.

8. Do you watch television and if so, do you have any favorite shows?

Normally, I do not watch TV—unless you count the few times I turn my head from a book to see what in the world my husband is watching—but I have been following Black Sails! I absolutely love their realistic display of the brutality of the era, I adore how they mixed true historic pirates with the characters from Treasure Island, and the unique way they combined all of these elements into a unique plotline atop of the beautiful Caribbean setting has me craving for season two.

9. Do you have any other talents besides writing?

I am an artist. I paint, draw, write, and decorate, and on my website you will also find some of my artistic creations. Inspiration is everywhere and with all the daydreams swarming in my mind there is never a dull moment in my world.

Meet one of her characters and I’ll post my review of Uncharted Secrets. 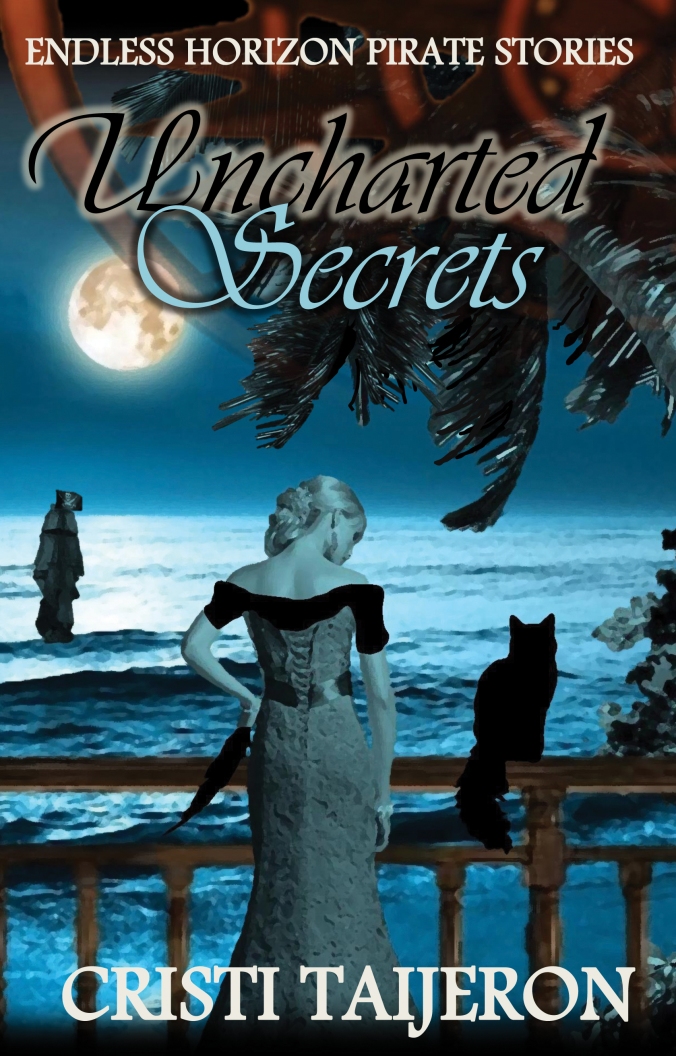 Life and love along the way...

Throwing my soul into the cosmos.